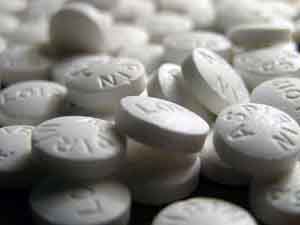 Currently, about 95% of health care dollars in the United States are spent on treating diseases, with relatively little attention paid to preventing diseases, which should be a national priority..."
(Former U.S. Surgeon General David Satcher, MD, Ph.D.)

"...As currently configured, the FDA is not able to adequately protect the American public. It's more interested in protecting the interests of industry. It views industry as its client and the client is someone whose interest you represent. Unfortunately, that is the way the FDA is currently structured..."
(Dr. David Graham, Associate Director for Science and Medicine in the Office of Drug Safety within the FDA - he blew the whistle on Vioxx.)

The phamaceutical industry has a virtual stranglehold on America. As a nation we take a disproportionate amount of prescription drugs.

We have been duped by slick television, radio, newspaper, and magazine advertising. The television ads feature professional actors who create an aura of sincerity and trustworthiness.

These shysters, Big Pharma and the ad agencies, not the actors, want you to believe that they sympathize with you, and that they have the products to address your health concerns.

These two gigantic industries provide a classic example of a vicious, unending circle. The food industry introduces the consumer to the pharmaceutical industry.

This is done by utilizing technologies which have been proven to cause, or are linked to, whether directly or indirectly, weight gain and obesity, cancer, heart disease, etc. The technologies used are genetically modified organisms, artificial sweeteners, the stripping away of vital nutrients and using chemical bleaching agents, hormones and antibiotics, and CAFO (concentrated animal feeding operations.)

Residual amounts of these harmful chemicals find their way into the human food chain. A potential pharmaceutical drug customer is in the making.

When a health issue emerges from eating processed foods and foods conventionally produced, the consumer is prescribed the appropriate pharmaceutical medication or medications. These drugs merely treat the symptom, and so the sufferer is doomed to take these harmful drugs for life.

In the meantime, the consumer/patient continues to eat and drink the food industry's products which made him sick in the first place. It becomes a vicious circle.

The advertising budget for the pharmaceutical industries' direct to consumer campaign is upwards of $4.5 billion. Ever since the FDA relaxed ite guidelines in 1997, television airtime has been bombarded more and more by prescription drug commercials.

Before that, sales pitches were directed to doctors only.

"...The general public has been brainwashed by TV ads, the news media, and the FDA into believing that prescription drugs enrich their lives. Many also still believe that government agencies such as the FDA ensure that these drugs are safe and perform the way the pharmaceutical companies claim they do. Hogwash...
(Alternatives (For the Health-Conscious Individual); April, 2006 Volume 11, No 10. Dr. David Williams)

The drugs that consumers see advertised over and over againb on TV are the ones they ask their doctors for. This is why media advertising is of the utmoost importance to the drug industry.

Big Pharma has very deep pockets to promote their prescription and OTC drugs. The consumer, despite the required disclaimer of possible side effects, feels that these drugs must be safe. After all, if they were dangerous, the government wouldn't allow them to be advertised.

Neither the pharmaceutical nor the conventional food industries are forthcoming about the validity of the many conclusive studies which show that their products can lead to cancer, multiple sclerosis, heart disease, asthma, high blood pressure, and many other deadly health issues. They have too much to lose.

These corporate money interests will lie, deceive, and confuse the issue to keep their loyal customers loyal.

Unfortunately, with today's "get rich quick" or "cure me with a pill" mentality, the public is easy prey for slick advertising, and trusted doctors dispensing medication as though it was candy.

"...Medicine is not taking into consideration the following monumentually important aspects of a healthy human organism: (a) stress and how it adversely affects the immune system and life processes (b) insufficient exercise (c) excessive caloric intake (d) highly- processed and denatured foods grown indenatured and chemically-damaged soil and (e) exposure to tens of thousands of environmental toxins. Instead of minimizing these disease-causing factors, we actually cause more illness through medical technology, diagnostic testing, overuse of medical and surgical procedures, and overuse of phamaceutical drugs. The huge disservice of this therapeutic strategy is the result of little effort or money being appropriated for preventing disease..."
(Death by Medicine: Is American Medicine Working?)